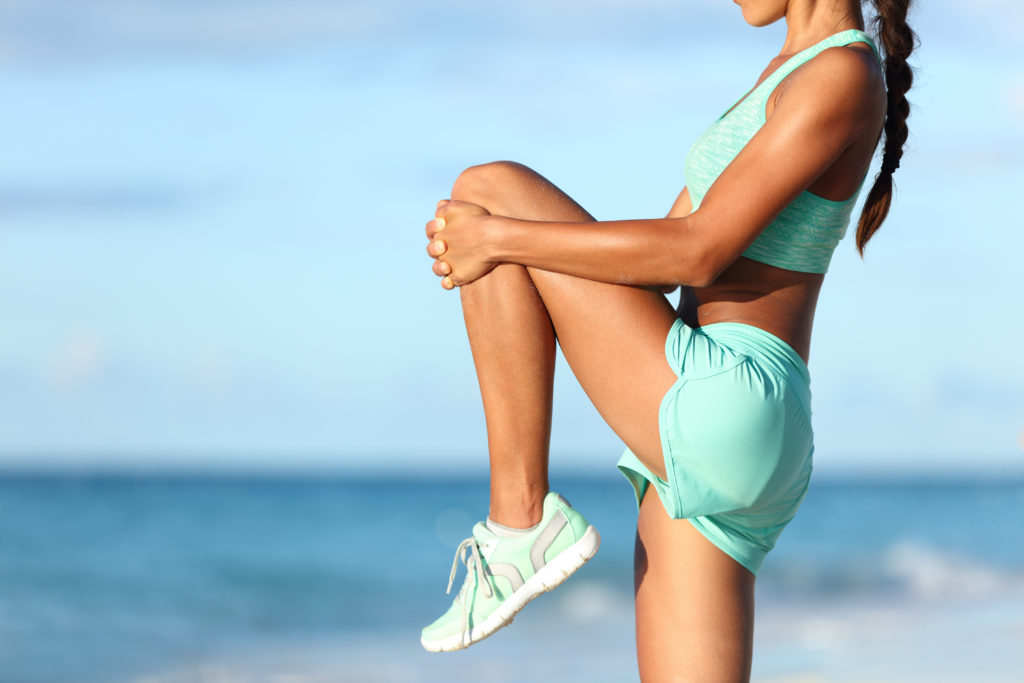 Check out the top 10 best running books on the market and learn what each of them contains and how they can help you become a better runner.

“Born To Run: A Hidden Tribe, Superathletes, and the Greatest Race the World Has Ever Seen”
by Christopher McDougall 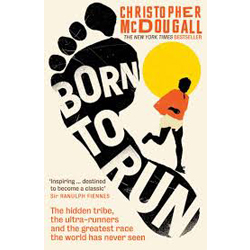 Considered as one of the most influential running books of all time, McDougall’s “Born to Run” features an epic adventure about tracking the elusive tribe of Tarahumara Indians of Mexico through his first-hand account.

This book details how, in a quest to find the reason behind his frequent injuries from running, the author tracked down the elusive tribe in Mexico, starting off his path and journey to discovering the ideal running regimen.

In the book, he details how he puts the near-superhuman running abilities of the Tarahumara Indians to the test by challenging them to a 50-mile race across the piece of land they call home. He also mentions several pieces of running history as well as more modern theories about running. 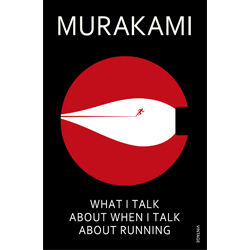 Although best known for his works as a writer for fiction, Haruki Murakami is also an avid running enthusiast, detailing his experiences with long-distance running in one of the best running books of all time.

In this running memoir, Murakami details what goes through his mind when running and just how much the sport has influenced his life. It covers several aspects of his running journey, serving as a training log, memoir, and travel log all at the same time.

It gives readers insight into how running has impacted one of the most prolific writers of our time and the preparation and training he endured to engage in this sport. It’s an inspiring memoir about embracing one’s self and how running can help you connect with your inner self.

“Running with the Buffaloes: A Season Inside With Mark Wetmore, Adam Goucher, And The University Of Colorado Men’s Cross Country Team” by Chris Lear 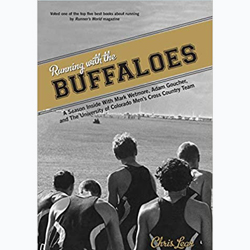 Another one in the category of inspirational running books, “Running with the Buffaloes” by Chris Lear details his account of the ordeal faced by the University of Colorado’ s cross-country running team during the 1998 season.

Chris Lear, a journalist, had first set his sights on writing a technical piece of journalism but upon witnessing the various challenges and ultimate success of the team, turned it into an inspirational account in a series of journal entries.

Containing accounts of the arduous training each member of the team had to undergo, as well as the dreams and intense commitment each member holds, “Running with the Buffaloes” is one of the running books that has inspired runners everywhere to pursue their dreams and remind them of why they love running in the first place. 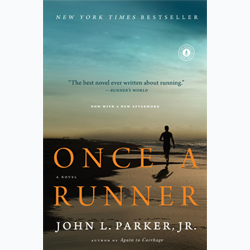 Diving into the world of fiction, “Once a Runner” is one of the running books that is considered a “cult classic,” impacting and influencing competitive runners everywhere – from the high school to collegiate levels.

This novel talks about the essence of competitive running and what it takes to become a competitive runner. Set in a fictional college, “Once a Runner” features Quenton Cassidy, the novel’s protagonist, and his journey to achieve his dream of running a four-minute mile.

Since the novel was originally self-published in 1978, this novel also details the turmoil faced by the protagonist as the Vietnam War breaks out and the repercussions it has on his life as an athlete.

Considered one of the greatest running books of all time, this novel gives insight into the world of competitive running such as an athlete’s determination to achieve his goals, as well as the difficulty in striking a balance between their dream and personal lives as well as their academic lives.

“Lore of Running” by Tim Noakes 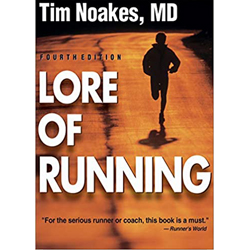 A more technical piece, the “Lore of Running” is one of the running books that details the intricacies of the world of running. It features a detailed look into one’s physiology as well as the various training that one needs to undergo.

This comprehensive account of everything a runner needs to know – from the effects of training to guides on how to run specific races. It also involves guides on the proper nutrition and what kind of training a runner should undergo, making it an in-depth guide to everything running-related.

“Lore of Running” is considered one of the biggest publications about running and its detailed account of running lore makes it one of the best running books of all time.

“How Bad Do You Want It?: Mastering the Psychology of Mind over Muscle” by Matt Fitzgerald 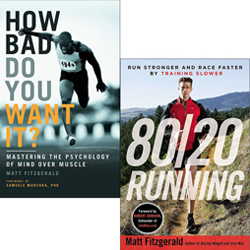 “How Bad Do You Want It?” deals with the psychological aspects behind the sport of running as well as concepts a runner can apply to their own training. It deals with the struggles that many runners face such as the fear of failure and the mental blocks that they often encounter when engaging in the sport.

It features how famous athletes deal with these issues, providing runners with inspiration on how to deal with it when they encounter these issues themselves.

Featuring techniques and topics such as bracing yourself for a race and improving your performance, “How Bad Do You Want It” is one of the running books that deal with the mental aspects behind the sport and how one can use it to perform better and overcome the various challenges a runner faces.

“Ultramarathon Man: Confessions of an All-Night Runner” by Dean Karnazes 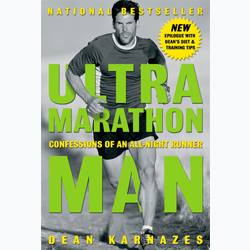 Detailing the feats of ultrarunning legend, Dean Karnazes, “Ultramarathon Man” gives insight on the journey of one of the legendary runners of all time. Dean Karnazes details in this book his journey of running 262 miles – a distance that is easily worth 10 marathons, going in-depth about his ordeal of running across the land and without rest.

Considered as one of the more inspiring running books of all time, “Ultramarathon Man” gives runners insight into the mind of one of the toughest and most enduring runners of all time.

Using humor, honesty, and his own insights, this memoir about his adventure will inspire runners and non-runners alike to push themselves to their limits and overcome them.

“Ultramarathon Man” is one of the running books that readers won’t be able to put down.

“How to Lose a Marathon: A Starter’s Guide to Finishing in 26.2 Chapters” by Joel Cohen 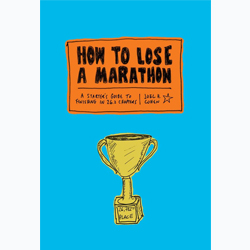 Using humor as the basis of his book, Joel Cohen provides readers with a hilarious guide on becoming a runner in one of the more practical yet highly entertaining running books of all time.

In his book, he details how one can turn himself from a couch potato into a marathon runner in an entertaining yet highly informative manner. Featuring helpful tips on running as well as various visual guides, Cohen’s book about becoming a runner helps break down the sport of running into small, easily digestible pieces of information.

Serving as a beginner’s snarky yet helpful guide on the basics of running, “How to Lose a Marathon” features plenty of helpful advice on running a marathon. 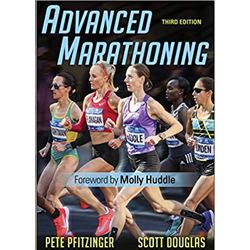 For those looking for a more straightforward guide on running, “Advanced Marathoning” has them covered. Featuring helpful tips and tricks on how to structure one’s training, this guidebook is all a runner would need to enhance their performance when running a marathon.

It breaks down the different types of running and provides helpful tips on how to engage in them all. Using a practical approach, “Advanced Marathoning” helps runners understand the sport and create their own training regimen that will allow them to make the most out of the sport.

As one of the more practical running books out there, this guide will allow runners everywhere to have a deeper understanding of the how’s and why’s of training for a marathon.

“The Way Of The Runner: A Journey Into The Fabled World Of Japanese Running” by Adharanand Finn 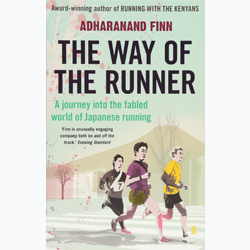 Primarily set in the Land of the Rising Sun, “The Way of the Runner” goes into detail about one of the most running-obsessed countries in the world – Japan. Featuring the annual “ekiden” or the country’s 135-mile relay race, this book goes into depth about how many of Japanese professional runners compete for various corporate teams in this grueling and one of the most competitive races in the world.

The author, Adharanand Finn, takes the reader on a journey to gain a deeper understanding of one of the more mysterious cultures in the world as well as the sport of running. In his book, he details the various things he learned while observing these passionate runners and the culture behind them.

As one of the more fascinating running books available, “The Way of the Runner” is a book that will awe and inspire, as well as surprise, readers – both runners and non-runners alike.

Welcome to Lady With Sneakers!

On this blog, Roberta loves to share her ideas and thoughts about how to run in the most efficient way, what stuff and supplements you need for this as well as how to look stylish while running and doing other sport activities. And yes – Roberta is preparing for her first marathon.  Together we can get healthier and run faster!